Today marks the 10th anniversary of the Eleventh Doctor’s debut, The Eleventh Hour. It’s been 10 years since he dropped out of the sky into Amelia Pond’s backyard. 10 years since the Raggedy Man’s first appearance. It’s kind of hard to believe it’s been so long. I watched Doctor Who for the first time when I was around 10 years old, corresponding to Eleven’s inaugural episode. Although I hadn’t caught up to season 5 until a bit later (around 2013, for the 50th anniversary episode), I knew that Eleven would be my favorite. Seeing snippets of his episodes before catching up, I was hooked on him. I loved him from the very beginning. While I love Nine, and I have a deep connection to the Tenth Doctor, something about Eleven is extra captivating. His childlike wonderment of the human world, his bouncing mannerisms, his deep faith in everyone around him (even the bad guys), are all so appealing to me. Because of him, I can’t look at a bow tie without thinking that it’s cool. I even wore a fez to a hat themed party because, well, what else would I wear? Fezzes are cool too! Plus he loves dinosaurs!

Somehow, Eleven seems so wise and so much like a grandfather, while simultaneously having the energy of a puppy and the maturity of a five-year-old. Eleven is the lovable uncoordinated housecat of the regenerations.

Eleven is a family man too. I love his relationships with Amy and Rory, his eventual parents-in-law; his friendship with Clara (my favorite companion); and especially his marriage to River. I think I may ship River and Eleven more than Ten and Rose!

Eleven’s character growth has always fascinated me. Now that I’ve rewatched his episodes with my new Whovian sister, I love him even more. My favorite episode, ‘Vincent and the Doctor’, shows the Doctor’s most empathetic side. One of my all-time favorite quotes comes from that episode:

While the Doctor desperately tries to save everyone, he still doesn’t give up when he’s disappointed. There’s no doubt that Vincent’s untimely death (although historically accurate) greatly upset the Doctor, but the above quote is quite inspirational. It’s become sort of a motto in my mind.

Of course, any post about Doctor Who would be imcomplete without talking about the TARDIS. Eleven’s (second regenerated) TARDIS is my favorite. She’s sleek and neatly designed, rather minimalist compared to Nine’s and Ten’s. I also love that the Circular Gallifreyan writing at the top of the console are the names of all the Doctor’s past companions!

Of all the relationships on the show (romantic or platonic), the bond between the Madman and his Box is the best. I’m sure any Whovian would agree. And of all the potential decorating inspiration from the show, the TARDIS is the most popular. Basically, TARDIS anything is my favorite.

Because the TARDIS is awesome, I decided to remake a TARDIS cake. I made my first TARDIS cake in 2017. (I posted pictures on my Instagram, if you want to have a look!) That one was decorated with beautiful TARDIS blue buttercream. This year I wanted to try something a bit more realistic. I turned to some fondant and my favorite decorating technique: food gel paint. The shine from the paint on the fondant gives the TARDIS exterior a real-life appearance, just like the actual TARDIS.

The cake itself is my white cake recipe. I used a thick smear of custard in between the layers, and covered the outside with my favorite meringue frosing (recipe coming soon☺︎︎).

In conclusion, the Eleventh Doctor is one of my favorite fictional characters of all-time. I just love everything about him.

We all change. When you think about it, we’re all different people all through our lives, and that’s okay. That’s good. You’ve got to keep moving as long as you remember all the people that you used to be. I will not forget one line of this. Not one day. I swear. I will always remember when the Doctor was me.

This site uses Akismet to reduce spam. Learn how your comment data is processed. 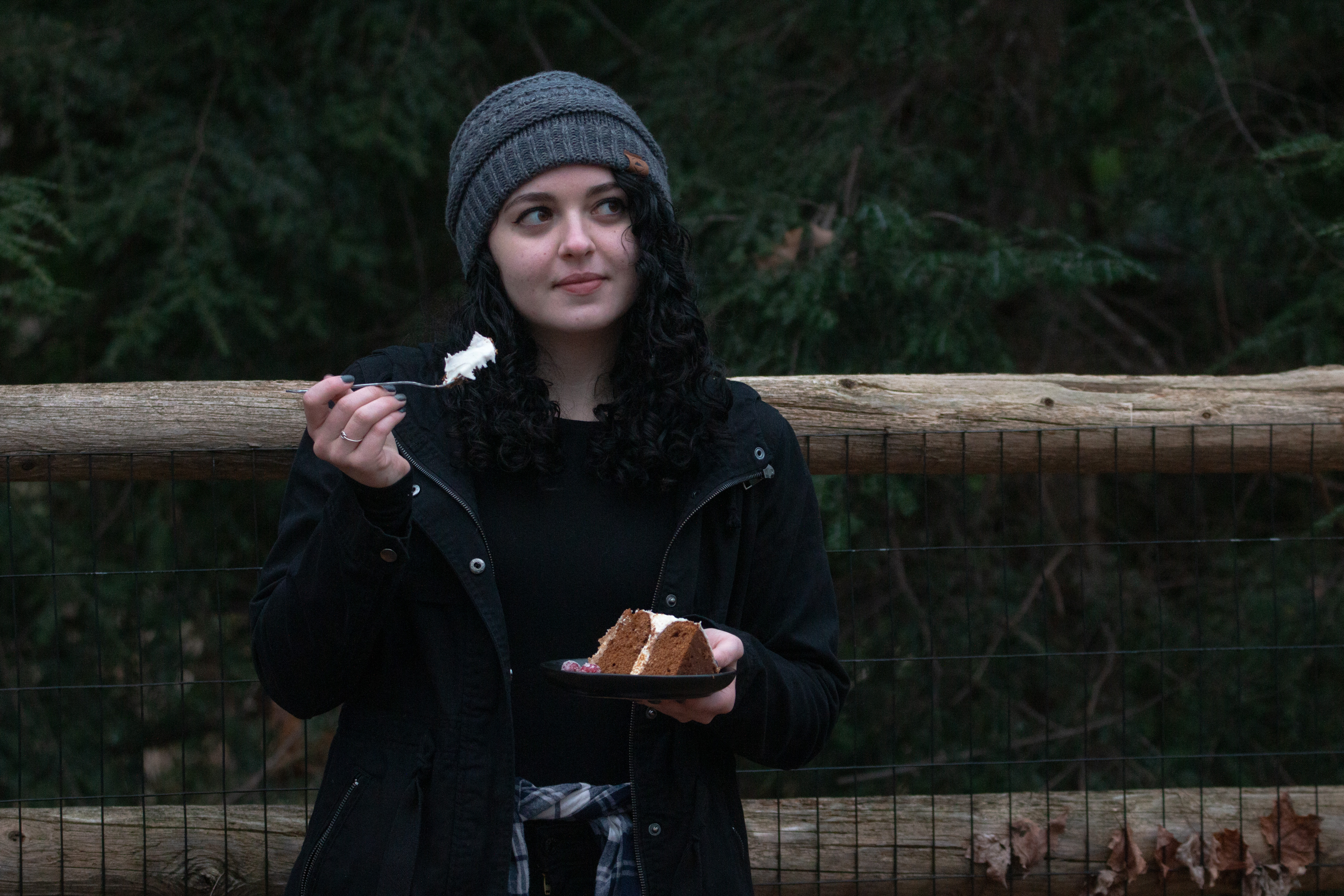 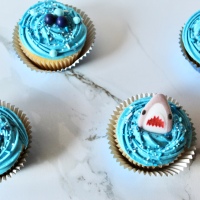 Happy #nationaldinosaurday 🦖🦕
Wishing I had a lemon blueberry muffin right now 🍋🫐 Today is the last day of the semester...I MADE IT🙌🏻 Now I will hopefully be able to get back to regular posting, once my kitchen renovation is finished 🥲
𝑃𝑟𝑒𝑡𝑡𝑦 𝑖𝑛 𝑃𝑖𝑛𝑘 𝐿𝑒𝑚𝑜𝑛𝑎𝑑𝑒
Tropical meets autumnal with these orange cranberry scones! Scones are some of my favorite things to make and eat, and these are the bomb! Super soft and flaky, topped with coarse sugar and a drizzle of orange juice icing. Perfect for those who are missing fall but still ready to embrace summer. This is my addition to the #flavourbakecollab hosted by @criticalcupcakeunit & @theaccidentalcaker Be sure to check out the hashtag for more tropical bakes!
✨closeup✨
𝑂𝑛𝑒 𝑜𝑓 𝑡ℎ𝑜𝑠𝑒 𝑓𝑜𝑟𝑒𝑣𝑒𝑟
Loading Comments...
%d bloggers like this: